Community members, including Deputy President George Habeeb, welcomed the Palestinian Ambassador, Dr. Husam Zomlot, to Chicago during his visit.  Dr. Zomlot gave a powerful lecture at the Chicago Council of National Affairs explaining to the audience that East Jerusalem will be the capital of the state of Palestine as a result of compromise and not negotiation. He also met with various Palestinian organizations and supported their effort in promoting the just Palestinian cause to the American public opinion. During his visit, a seven-member Palestinian political action committee was formed to represent the Midwest. He reiterated the importance of the American-Palestinian’s role in the US government and encouraged the audience to participate in the American decision making. 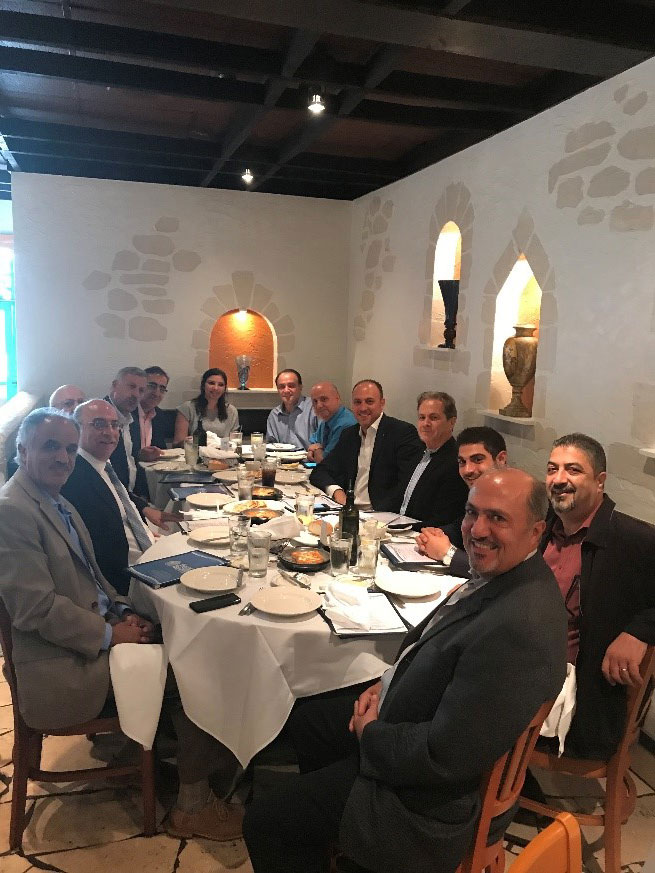